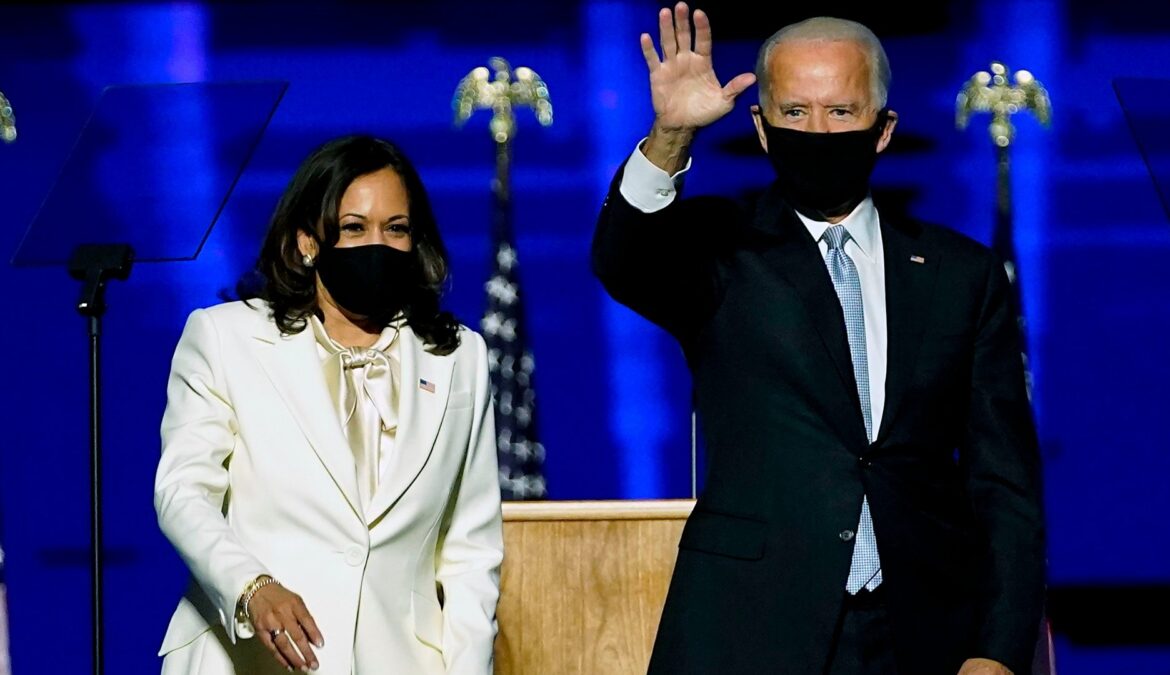 US President-elect Joe Biden is to make tackling the coronavirus pandemic his top priority following his win over Donald Trump, his team says.

Announcing the first steps in his transition plan, his team said there would be more testing and Americans would be asked to wear masks.

On Monday, Mr Biden is expected to name a 12-member coronavirus task force.

His win remains a projection as key states still count votes. Mr Trump does not plan to concede, his campaign says.

Mr Trump is launching legal challenges to the results in several key states.

He has made unsubstantiated claims of electoral fraud, but election officials say there is no evidence that the vote was rigged against him.

Mr Biden is forging ahead with his plans for assuming power in January after major US networks called the election in his favour on Saturday.

That reportedly also includes a slew of executive orders – written orders issued by the president to the federal government that do not require congressional approval – aimed at reversing controversial Trump policies. According to US media:

In his first speech as president-elect on Saturday, Mr Biden said it was “time to heal” the US and vowed “not to divide but to unify” the country. Addressing Trump supporters directly, he said: “We have to stop treating our opponents as enemies.”

He and Vice-President-elect Kamala Harris have launched a website for the transition, saying the team will also focus on the economy, tackling racism and climate change.

Meanwhile, the General Services Administration, a government agency tasked with recognising the president-elect and beginning the transition process, has so far not done so.

Its administrator Emily Murphy, who was appointed by Mr Trump, has given no indication when this could happen. Until then, Mr Biden’s transition team cannot access government funds or communicate with the federal agencies it will be staffing.

Media reports suggested senior Republicans remained divided over how to react to Mr Biden’s victory, with some refusing to publicly acknowledge the result of the ballot.

The Republican leader in the House of Representatives, Kevin McCarthy, told Fox News that all recounts and legal challenges should be completed, adding: “Then and only then, America will decide who won the race.”

But former Republican President George W Bush congratulated Mr Biden on his victory, saying the American people could have confidence that the election had been fundamentally fair and that its outcome was clear. He also congratulated Mr Trump on a hard-fought campaign.